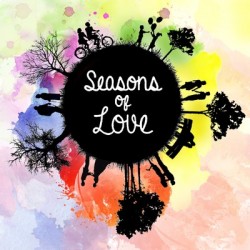 “Very much a cooperative, Spirograph Studies inhabits a musical world that is not only diverse in its influences, but one that also incorporates its own distinctive approach to group interplay and improvisation.”

Whilst this is an album you’d most likely file under “jazz”, it inhabits its own quite distinct world which in part, also draws from rock and pop. This is apparent in its grooves, in the way the guitar operates both functionally and sonically, and the fact that harmonically, triadic sounds are often heard. What also contributes to the personal sound of the music is the fact that although there are solos, the overall sense is one of a cooperative where all the members of the group are working together to drive the pieces along, rather than a traditional “band accompanying soloist” approach. Thus, when the piano appears to be taking the foreground role the guitar may be playing varied obligato parts which are more than routine comping figures, instead being thoughtfully crafted improvised creations that are integral to the texture. This has the effect of blurring the lines between composition and improvisation, something that also seems to be a strategy within the compositions themselves on occasion. The pieces (all written by bassist Tamara Murphy) do have themes but sometimes they’re not obvious, instead sounding like loose sketches where the initial material sounds like it could have been improvised by either the guitar or the piano to reflect the chord progression of the piece.

The opener, Another Bright Light is a strong, atmospheric piece and quite reminiscent of the Pat Metheny Group’s sound. Its distinct theme is first stated by the guitar with just bass accompaniment and then doubled by Murphy’s wordless vocals once the other members have entered and set up the groove. Based on a fast straight eighths feel, McLean’s playing shines, particularly during the improvisation section, and Howard’s piano work is colourful and impressive. Once the melody statement has been completed the improvisation section begins, and it’s here that the co-operative nature of the group shows itself. Essentially it seems to be a trading of phrases between piano and guitar, but after their moment in the spotlight each player continues their extemporising whilst the other takes over, the result being a constant creative flow, and a kind of alternating counterpoint. Combined with the ongoing contributions from the bass and drums, it’s a compelling and dynamic group statement. This section is capped off with a brief, yet lush interlude that leads to a melody derived from the initial theme, the original then restated to round out the performance. It’s a great piece of writing and like-minded ensemble playing.

Track number three, Locked, has a dark flavour and is based on a slow 6/4 pulse which features a constant stream of insistent chords from the piano for almost all of its more than eight minute duration. The guitar handles the initial thematic material using a slightly distorted tone before it joins the piano for a subsequent unison statement which sees Howard shift the chords (which become decidedly dissonant) to his left hand. A piano solo then follows, with Howard building tension and Swinn responding with a variety of effects including squalls, and what sound like quiet explosions. After a momentary pause this gives way to some extended and intense simultaneous improvisation between the two, Swinn combining single lines with more effects and Howard splashing fast, dissonant runs across the high register of the keyboard. With McLean’s fiery responses and Murphy’s continuing input, this section has quite a menacing quality, the peak of which includes some strong dissonances from Swinn. The tumult eventually breaks, and the group returns to the opening section and the original thematic structure before working its way to a conclusion. The group’s not quite through yet, however, as the ending comes via a short coda which almost immediately revisits the provocative sounds of the earlier improvisation section before eventually tapering off. All in all, it’s an uncompromising bit of music making from the quartet.
The title track follows and presents a total contrast to Locked. A lovely, reflective and unhurried ballad, it features McLean on brushes and Swinn showcasing a guitar tone that evokes the sound of Bill Frisell. The guitar and piano tend to share the front line and the rhythm section is appropriately restrained, their accompaniment tending toward the approach of a traditional jazz ballad. Again, Swinn and Howard demonstrate a wonderful ability to weave, together, a spontaneous and compelling musical narrative which really elevates the character of the piece, and in this there is some inspired playing from Howard.

The final piece, Anteloper features Sam Keevers on piano and has quite a different character to the other tracks. Built on a slow but bouncy pop groove in 6/4, its structure largely involves the alternation of one bar of chordal movement with a bar’s rest, this allowing the members (particularly McLean) to fill the gap as they see fit. The main melodic riff is handled by Keevers and the tune’s overall feel and use of parallel major 7th chords conjures up the sound of well known Melbourne band Hiatus Coyote. The thematic section completed, the group embarks on an ensemble dialogue, each member playing a role in elaborating on the piece’s structure, as previously mentioned, a hallmark of the band. Rather than any repetition of the previous thematic material, the piece then moves to a new and contrasting section featuring an anthemic theme stated by the piano in octaves and the guitar embracing more of a rock sound. It’s a commanding final statement from a group with a strong identity and a seemingly common purpose, that being to explore the boundaries of what a contemporary improvising ensemble can be.

I was fortunate to catch Spirograph Studies’ debut performance at the 2016 Wangaratta Festival of Jazz & Blues. Intrigued as I then was, I came away unsure as to whether I’d fully grasped the quartet’s collective approach, which melds jazz with ambient and post-rock. Times change, and I’ve since found myself mesmerised by their music, in which individual egos are sublimated to a group sound. Led by bassist Tamara Murphy – who composes the music – the band is awash with talent: Luke Howard on piano, Fran Swinn on guitar, and James McLean on drums. Given the busy lives of these musicians – each fronts their own ensemble – new recordings or even performances by Spirograph Studies tend to be sporadic affairs, to be sought out and savoured. Lowlights is the band’s second release, following Kindness, Not Courtesy (2019).
Opener ‘Another Bright Light’ aptly sums up the band’s strengths: a gorgeous, almost cinematic theme unfurled by Howard and Swinn, their instruments dancing lightly over delicate bass and percussion, the track building ever-so-gently over its six-minute duration, beguiling in its simplicity. There is a constant sense of imminence, of perpetual unfolding, at the heart of this music, essential and elemental. The quartet intentionally steers clear of conventional solos, instead weaving together an aggregated sound, full of subtle shades and granularity, a music of constantly shifting sands. With its emphasis on group interplay, ultra-fine melody and intricately woven textures, Lowlights is a pleasurable listening experience from start to finish, a testament to Tamara Murphy’s singular vision.